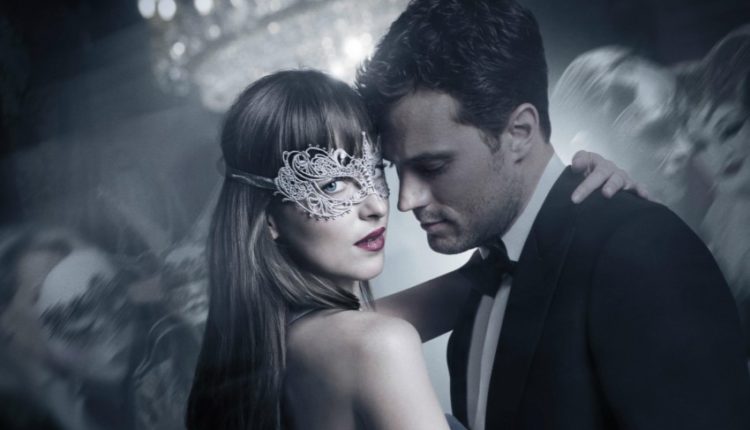 What Can Men Learn from 50 Shades of Grey?

Actor Johnny Depp in Domestic Violence Lawsuit: My Goal is…

Justin Bieber Fierce: I Didn’t Rape Anyone At All in…

Do you have to convert your DIY shed into SM playroom to attract the girls?

This does not mean that the film is useless. In fact, those who look good and are eager to learn can learn a lot from those Mr Gray. So, put your irritation and pride aside for a moment and pay attention! Here, what men can learn from 50 shades of grey.

The story of Gray and Ana is about love. Not the whips, his biceps, and the lavish gifts bring women around the world in turmoil. What makes the hearts beat faster is in the first place the unbridled love of him for her, the enthusiasm and determination with which he wants to make her his everything.

Every woman wants such a man. A man who goes for her. Every woman wants to be the only one for the right man. Do you want her (and I mean, do you really want her), go for her and her alone? Find your girl!

Gray says to Ana: “I’ve never wanted more until I’m with you.”

As a World’s Most Eligible Billionaire Bachelor, Gray can get every woman he wants. He does not need them. He waits for and chooses her. That’s hot! You are now hard to get, you only go for the woman who sets you on fire and for her you get everything out of the closet. Self-control is also very sexy.

Ask, listen, watch, remember and ask. Get to know her as only you can. Few are as flattering as a man who is determined to fathom you. Make sure you know how she drinks her coffee, what she reads and what makes her heart beat faster. So you do not have to come up with a book receipt on her birthday. Make it special. Make sure you give her orgasms where she tells her grandchildren later.

Gray kept an eye on his Ana. Whatever she did. Whether she was vomiting, sitting in front of him in the glider, lying bare over his knee or baking pancakes, his eyes were always pointing at her uninterruptedly. Nothing escaped him. A man who absorbs every movement and twinkle looks right through you and seems to be able to read your thoughts … Yes, that’s quite sexy!

Use at your own risk! I do not wish to be held responsible for any damage suffered.

Because imagine, you are in your training suit with a piece in your collar in the pub, to spend the money that you do not have, while you still do not see your drink, drugs and gambling problem. Suddenly you say – with bad breath and double tongue – “I am not the man for you,” she will probably agree and walk past you.

But suppose, your life is a bit of fun on the ride, and you are well-cared for the day, then you can try it.

Forward, now seriously. You have read tip 1 well, so you already show that you want her. Doing well! That does not mean, however, that you are in a hurry. Patience is a good thing in this! Ana had Gray for weeks in suspense as to whether or not she signed that contract.

If a woman is worth waiting for – for whatever reason, have patience. Do not push! A man without patience is not a man.

Something masculine, something that is good and that few men can. A helicopter flies for example. Or truck racks. Kitesurfing! Painting is also allowed. Women like it when a man can do something right. Does not even matter what?

An indulgence … Not every woman is charmed by a contract in which she willingly surrendered herself to your will, and many men will not be able to work with a peacock feather as Gray can. Let alone with a leather paddle. No worries, but for God’s sake, take the lead!

No, you do not have to have a million company. Also, no helicopter and penthouse. Not even a title or your own business. But do what you like and what you are good at, get even better! Nothing more attractive than a man who pursues his dreams. A man who is good at what he does and who does that with passion.

Well, Gray gives Ana expensive books, a laptop, a car and an upgrade to business class. She gives him, um …, herself. There even has Mr Gray still a lot to learn, concluding from the closing elevator doors that the final parting between both at the end of the movie is suggested.

Of course, like Gray, you are stable, controlled and as strong as bulletproof glass. You have only one weakness. And she is that weakness. Or not? Well no. Going forward, in principle, Gray did not go well. It was the reason that Ana left him at the end of part one. No man is only strong; everyone is vulnerable. Pay attention! Make her share. Give openness and trust.

The Head of Disney Kevin Mayer is Leaving to Lead TikTok

Hailey Bieber Thinks She’s Being Made A Saint