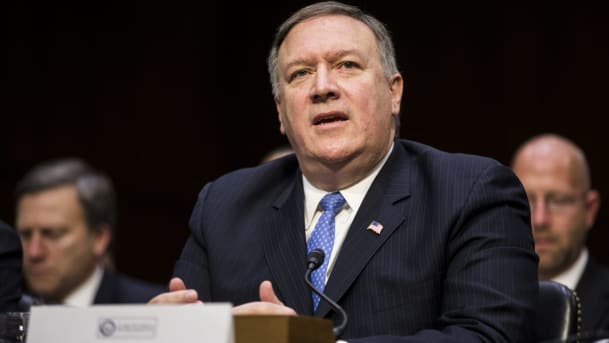 Mike Pompeo Comes with American Requirements to Iran. The US Secretary of State Mike Pompeo has warned Iran in a speech after the US had withdrawn from the nuclear deal with Iran earlier this month. It was the first time that Pompeo spoke as Minister of Foreign Affairs about Iran.

Pompeo said that the US would “set the toughest sanctions in history” against Iran if the country does not change its nuclear and arms policy. Besides, he listed a list of twelve requirements that Iran would have to meet if it were to avoid sanctions – principally conditions that Iran will not consider.

The requirements replace the US with the atomic deal under which Trumps predecessor President Obama signed in 2015, says eWorldNews.

One of the requirements is that Iran will stop enriching uranium, which is permitted under strict conditions in the atomic deal. Iran must also open up all nuclear facilities for inspection. Iran must also stop supporting Shiite Houthi rebels in Yemen, end all military activities in Syria and stop threatening Israel. Finally, Iran must release all American citizens in Iran who are missing or “stuck under false charges”.

Iranian President Rohani said in a reaction that the US can not impose its will on Iran and the rest of the world. “Today the world no longer accepts that America determines everything”, said the president.

Israeli Prime Minister Netanyahu welcomed the “strong positions” of Pompeo and called other countries to follow the American example.

Pompeo said he understands that the US decision to leave the atomic deal can lead to “financial and economic difficulties for some of our friends”. But he warned that the US intends to punish European companies that continue to do business with Iran.

“I know that our allies in Europe are trying to keep to the old nuclear deal with Tehran, that’s their decision, they know what our point of view is.”