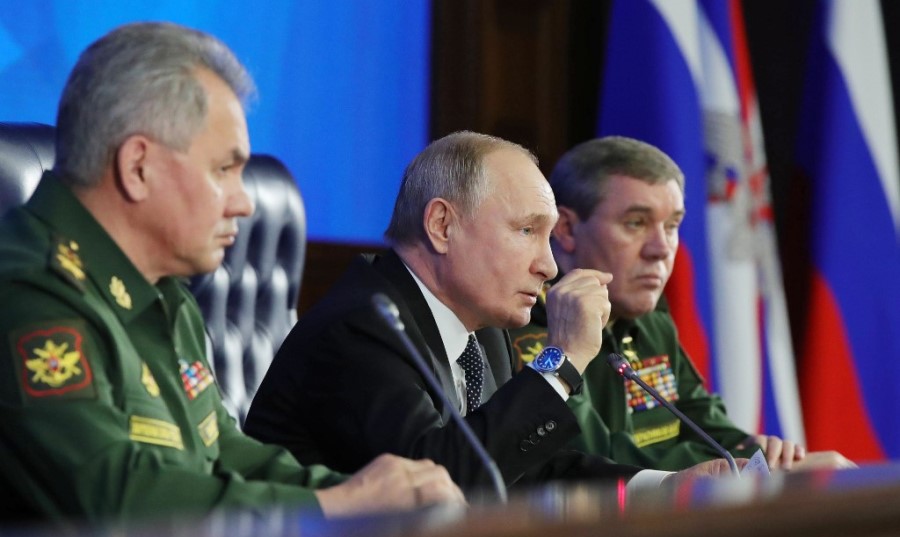 Russian President Vladimir Putin called the Polish ambassador to Berlin during the Second World War a “scum” and “an anti-Semitic boar”. He did so in a speech to the leadership of the Ministry of Defense.

Putin also criticised the European Union, which recently called the non-attack pact between Nazi Germany and the Soviet Union the cause of WWII. According to the Russian president, that is complete nonsense.

Putin relies on archive material that was taken from Germany after the Second World War. The Polish ambassador to Berlin wrote in a report to the Polish Foreign Minister in 1938 that he would erect a statue for Hitler in Warsaw if he would implement his plan to deport Jews to Africa and then exterminate them there, Putin discovered in the historical sources.

“Scum, an anti-Semitic boar. Otherwise, you can’t say it,” he said. In his own words, the Russian president was struck by how the Jewish question was tackled in Poland.

“It’s the same kind of people who are now bringing down statues of Red Army liberators. Unfortunately, little has changed in that regard,” Putin said.

He thereby illustrates the frustration that lives with the Russians about the memory of the Second World War.

In Russia, the victory over the Nazis is always seen as the great merit of the Red Army, while this is not the case with us. The Russians deserve more recognition, and they don’t get it, so it sounds.