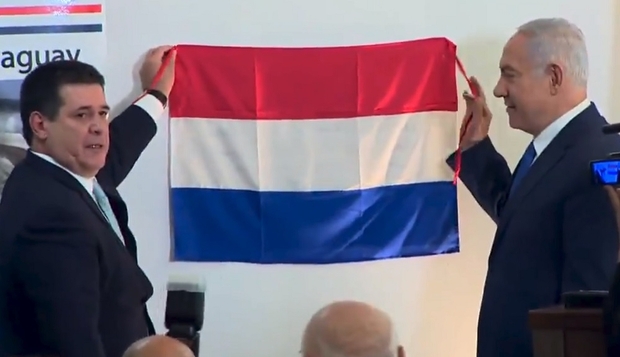 Paraguayan President Carter was with the Israeli Prime Minister Netanyahu today at the opening ceremony. Earlier, Carter had a meeting with President Rivlin.

Israel celebrated its 70th-anniversary last week. In violent protests in the Gaza Strip, dozens of people were killed and shot by Israeli soldiers. Also, thousands of people were injured according to Palestinian sources. According to the Israeli army, the demonstrators threw firebombs and stones.