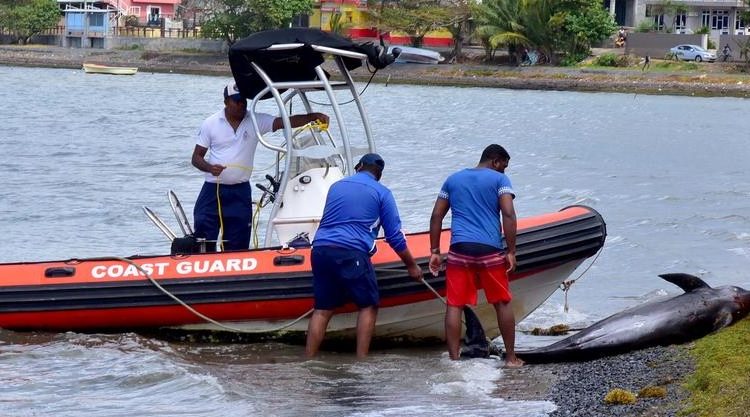 38 dolphins have already washed ashore dead near Mauritius. The government of the island state in the Indian Ocean reports this to the British news agency Reuters.

The death of the marine mammals is believed to be the result of the recent oil spill there. Oil began to leak from a tanker a week after a Japanese tanker ran aground on a coral reef on July 25.

A government official said the results of the autopsies on 25 dolphins that washed Wednesday and Thursday ashore are expected in the coming days.

Two dolphins have been examined by veterinarians so far. The marine mammals were injured but showed no traces of oil in their bodies.

The shipwreck, broken in two, was sunk on Monday. The environmental organization Greenpeace called that choice “the worst option”.

Greenpeace called on the Mauritian government on Thursday to promptly investigate the deaths of the dozens of dolphins and a possible link to the oil spill.

Environmentalists and scientists have warned that the oil spill will be a major ecological disaster, predicting it will have significant consequences for the economy of Mauritius.

The island state is mainly dependent on tourism. The economic damage could last for decades, has been warned.

Fitbit Introduces A Smartwatch With A Temperature Sensor and Stress Meter