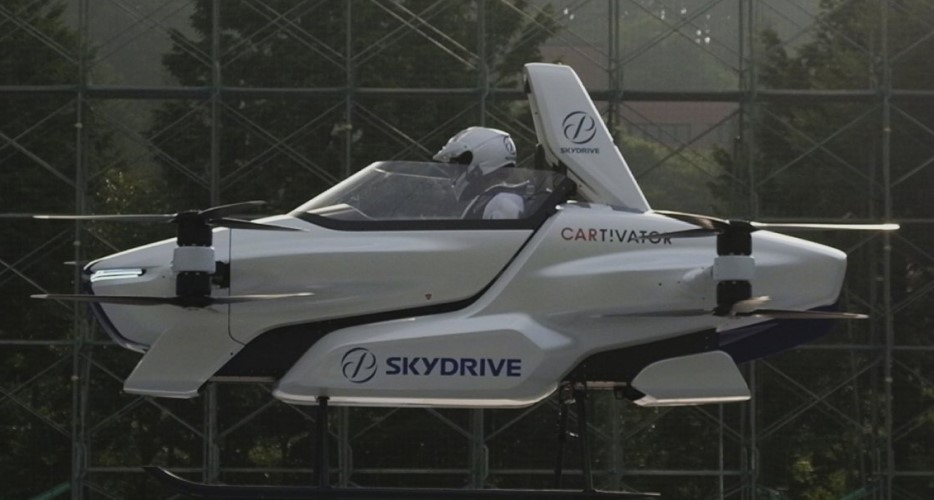 SkyDrive Demonstrates Flying Car Developed With Support From Toyota. In Japan, SkyDrive has made its first public test flight with its ‘flying car’.

The electric SD-03, a so-called vertical take-off and landing vehicle (or VTOL) was developed with the financial support and know-how of car manufacturer Toyota.

The test flight took place on a Toyota test site in the Japanese city of Toyota. The SD-03 did not fly autonomously (yet) but was piloted by a pilot with a helmet.

According to developer SkyDrive, the SD-03 is the smallest electrically powered VTOL in the world.

The vehicle looks a bit like a large drone and is kept in the air by eight rotors. Even if one of the engines unexpectedly fails, safety would not be compromised, SkyDrive says