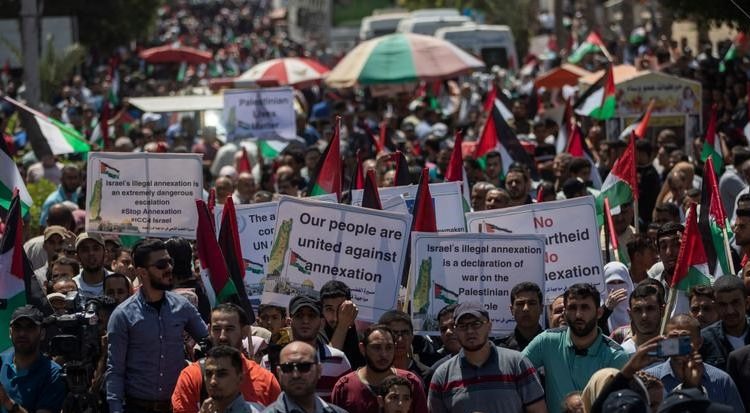 Palestinian parties Fatah and Hamas pledged “unity” on Thursday in opposition to Israel’s plan to annex parts of the occupied West Bank.

The rival parties announced this on Thursday at a press conference.

“We will put in place all mechanisms to ensure national unity against the Israeli project,” said Fatah Secretary-General Jibril Rajoub during the press conference which was also video-chaired by Hamas-prominent Saleh al-Arouri from the Lebanese capital Beirut.

“Today we will speak with one voice,” said Rajoub.

“I confirm that the position of the Hamas leadership is focused on national consensus.

This joint press conference is, therefore, an opportunity to start a new phase in these dangerous times,” added Arouri.

Merkel for the First Time With Mask on the Official Photo