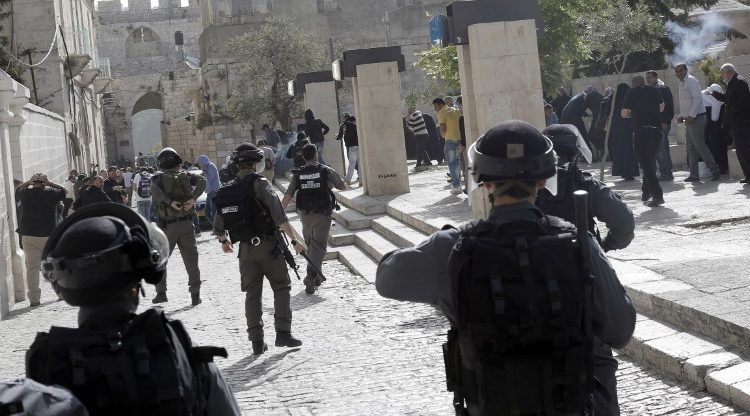 Dozens of people were injured in riots on the Temple Mount in Jerusalem. Israeli security forces clashed with angry Palestinians at the al-Aqsa mosque.

Aid organization Red Crescent says that 61 Palestinians were injured, 15 of whom had to go to the hospital. Four police officers were also wounded, according to the police.

Protesters would have thrown stones and other objects at security forces.

Witnesses say that tens of thousands of Palestinians had gone to the mosque on the first day of the Feast of Sacrifice.

This year it coincides with the Jewish mourning day Tisja Beav. The Temple Mount, where the al-Aqsa mosque stands, is also a holy place for Jews.

The police initially closed the area to non-Muslims, but later returned to it.

Jewish visitors could then enter under police protection. The Times of Israel reports that Palestinians then began to throw chairs other objects at that group.