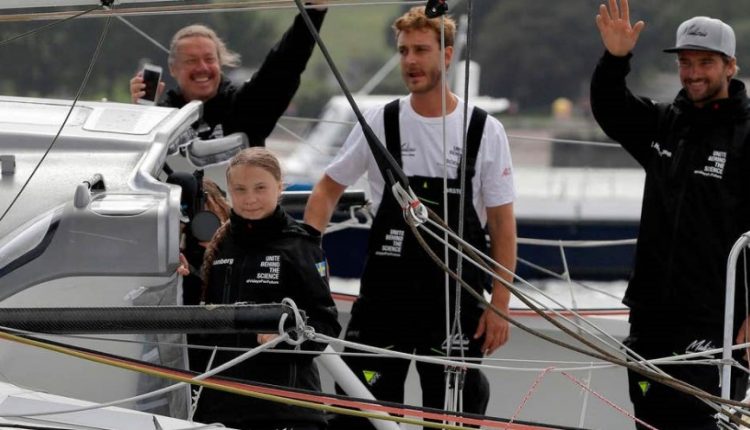 Climate activist Greta Thunberg (16) has started her boat trip to New York, where she wants to attend a UN summit. The Swedish teenager left Plymouth in England with great interest in the Malizia II sailing yacht.

The trip to the United States is likely to take approximately two weeks. Thunberg and the other passengers take the boat because they want to travel climate neutral.

They do not have to count on much comfort during that period. For example, there is no shower or toilet on board the 18-meter yacht, which is equipped with solar panels.

The teenager said not to worry about the Spartan conditions on board. “You can’t ask for much if you can sail to the other side of the Atlantic for free.” She takes books and board games with her to pass the time.

Thunberg became a well-known climate activist through her school strike. She trudged to demonstrate at the Swedish parliament.

After the crossing to North America, the activist will participate in demonstrations and also wants to go to Canada, Mexico and Chile.