British Officials: EU is Pushing UK to A Non-Agreement to Brexit 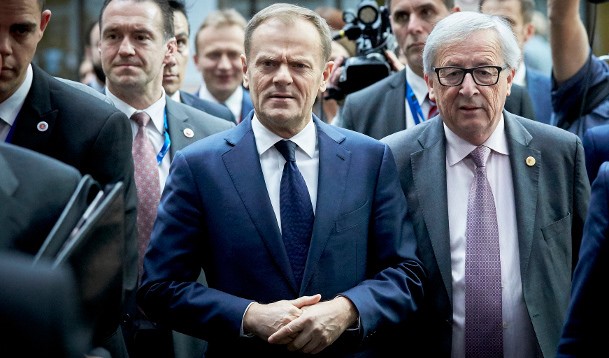 According to foreign media reports, the British Secretary of State for International Trade Fox said in an interview with the media that the uncompromising attitude of the EU is pushing the United Kingdom to “no Brexit” without agreement.

According to the report, it is less than eight months before the official “Brexit” of the UK. The British government has not yet reached an agreement with the EU. At present, the possibility of “Brexit” is being upgraded without a formal agreement.

Fox told the media that he believes that the EU’s uncompromising commitment is pushing the UK to a non-agreement to “Brexit,” depending on whether the EU wants to put “the purity of ideology” above the real economy.

If the UK loses to reach an agreement with the EU, and even the transitional agreement for a smooth “Brexit” has not been reached, then from March 2019, the UK will re-trade with the EU following the provisions of the World Trade Organization.

Most analysts believe that this will severely damage the UK economy, because the trade between the UK and its biggest trading partner, the EU, will be subject to tariffs.

Supporters of Brexit said that the UK’s $2.9 trillion economies might suffer some pain in the short-term, but in the long run, it will prosper because it will “get rid of” the EU.

Bank of England’s president, Carney, said that the possibility of the UK’s absence of a “Brexit” agreement is disturbing.