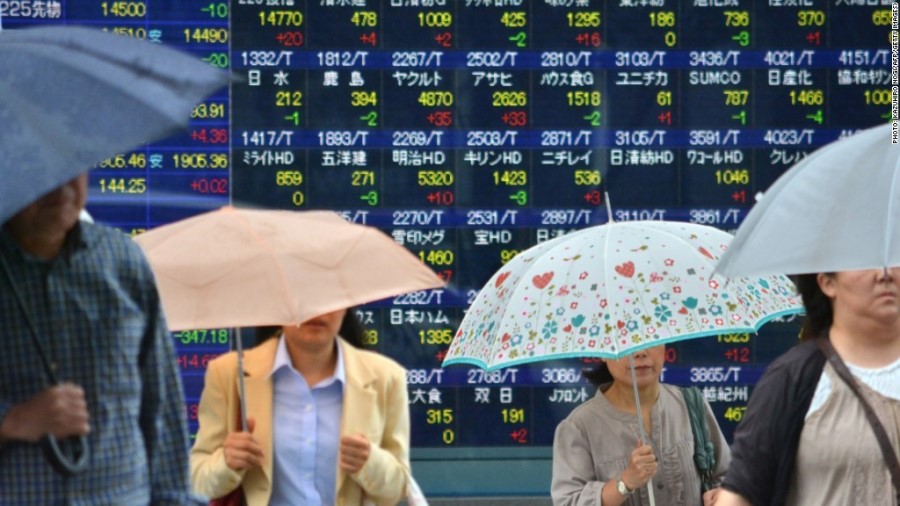 SoftBank Helps Nikkei Forward, in Japan, where investors returned after a day off, the stock market closed higher on Wednesday.

The leading Nikkei in Tokyo ended with a gain of 0.7 percent at 23,861.21 points. SoftBank, the third-largest company in Japan and a heavyweight in the Nikkei, is 12 percent thick.

Sprint was worth almost 78 percent more on Wall Street after the approval of the long-awaited merger with its counterpart T-Mobile. The deal is good news for SoftBank, which in recent months suffered billions in losses on investments in taxi service Uber and office rental company WeWork.

Nissan fell 1.7 percent. The automaker has temporarily stopped production at its factory in Kyushu, Japan, due to problems with the supply of parts from China, where many factories are still closed due to the outbreak of the new coronavirus.

The stock market degree meter in Shanghai was 0.6 percent ahead in the meantime. Chinese scientists are cautiously positive about the fight against coronavirus. The numbers of new fatalities and new infections have decreased slightly compared to a day earlier.

In Hong Kong, the Hang Seng index climbed 1 percent and the Kospi in Seoul rose 0.7 percent. The All Ordinaries in Sydney ended 0.5 percent higher.

Blackmores plummeted 13 percent. The Australian vendor of food supplements gave a profit alarm and cancelled his dividend due to supply problems due to the coronavirus outbreak in China.