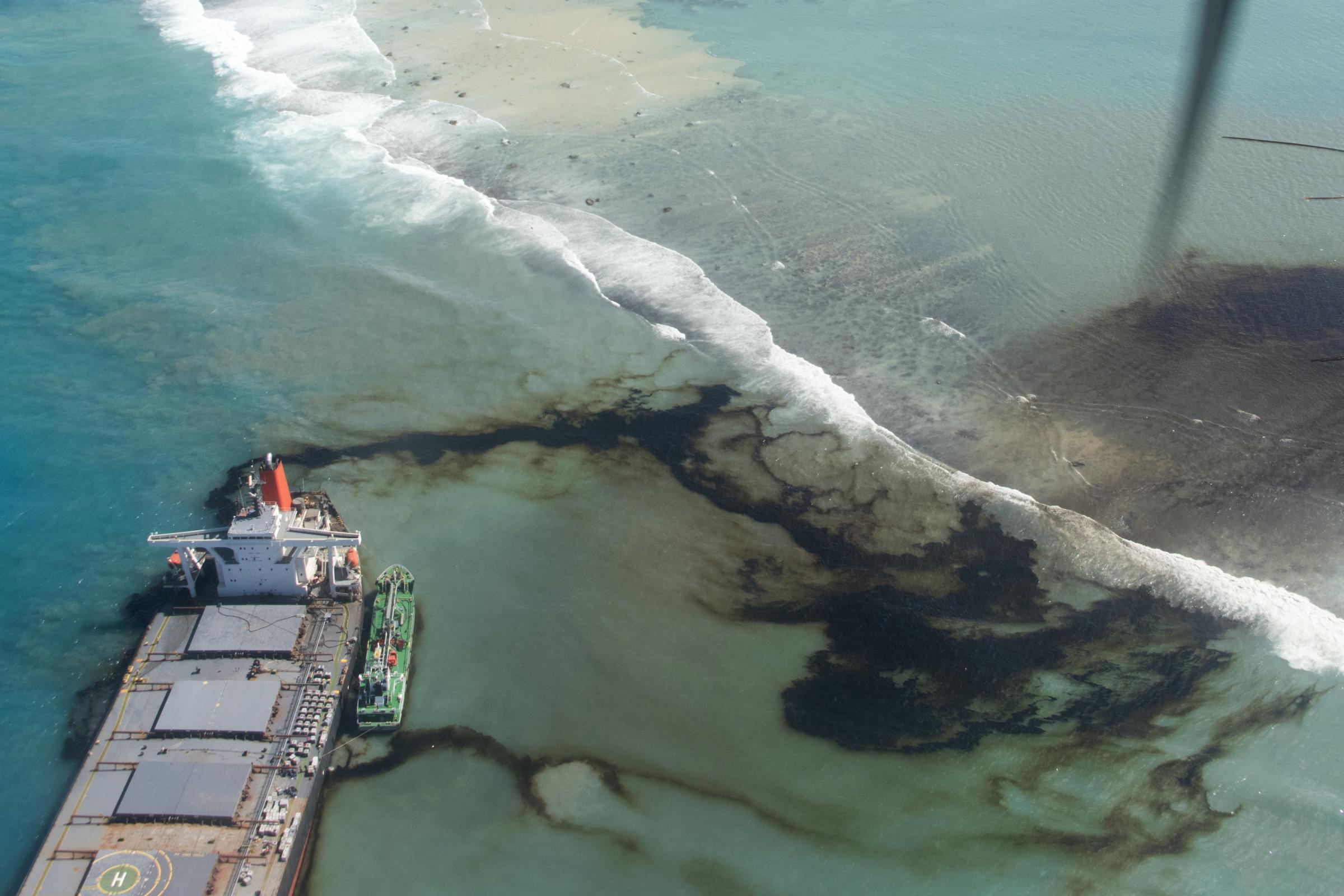 The Japanese companies responsible for the shipping disaster near the island of Mauritius in the Indian Ocean want to help repair the environmental damage.

More than a thousand tons of oil have spilt into the sea in recent weeks after the ship hit a reef.

It concerns the shipping company Nagashiki Shipping that owns the ship and Mitsui O.S.K. Lines, the principal for the freight. Those two companies want to pay $ 9 million to the national environmental agency of Mauritius, an island nation in the Indian Ocean.

That money should be spent clearing the gunk and restoring the sandy beaches and mangrove forests along the coast, as well as benefiting Mauritius’ marine life and fisheries.

At the end of July, the freighter MV Wakashio ran aground on a reef off the coast of Mauritius. In fact, the ship was not allowed to sail that close to shore, and the exact circumstances of the accident are still unclear.

In the following weeks, a thousand tons of oil from the ship was spilt into the sea. The remaining 3,000 tons could be pumped out. The ship has since been sunk.

Mauritius is an independent state in the Indian Ocean to the east of Madagascar. The reasonably prosperous island is a financial centre but also thrives on the tourism of usually wealthy visitors.

The natural beauty and pearly white sandy beaches, among other things, are played out, but that image has of course been damaged. The population is furious, and Mauritius had previously announced that they would like to seek compensation.