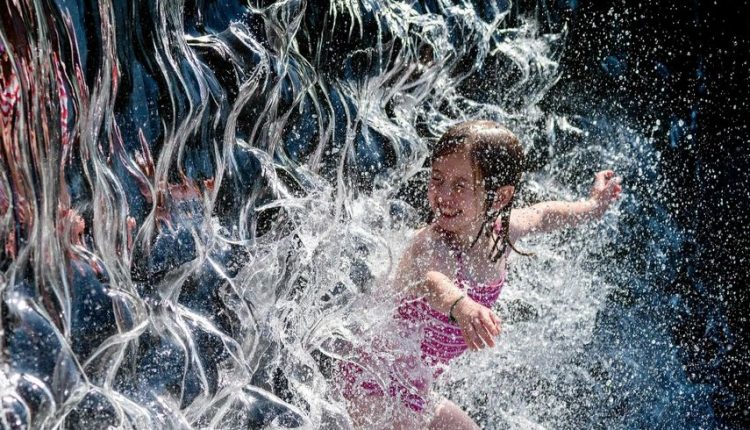 Historic Heatwave in Greece Continues, Today Temperatures up to 44 Degrees

The heatwave that Greece has been battling for more than a week continues. Temperatures will rise to 44 degrees today. As a result, Greek media are talking about a ‘historic heat wave’. The Greek government, meanwhile, calls on the air conditioning not to fall below 26 degrees.

Greece has been groaning under a severe heatwave for more than a week. As a result, more than 100 wildfires broke out this weekend, mainly on the Peloponnese peninsula and the well-known holiday resort of Rhodes. The extreme drought and wind fanned the fire, but the fire brigade managed to get the fire in Rhodes under control on Monday morning. However, three villages west of the capital had to be evacuated as a precaution. On Sunday evening, the power went out temporarily in various parts of the island.

A severe fire in the Peloponnese also broke out on Saturday. The fire is not under control yet. In the northwest of the peninsula, the fire brigade evacuated four villages. Based on satellite images, the National Observatory in Athens estimates that more than 3,000 hectares of pine and olive groves have gone up in flames near the city of Patras. The Rio-Antirrio Bridge, which connects Patras to the Greek mainland, is closed to traffic.

According to Greek media, the peak of the heatwave is expected today, with temperatures rising to 44 degrees. Although the Greek newspaper Efsyn previously called the heat wave “historic”, the Greek version of the Huffington Post spoke of “relentless”. Heatwaves are not uncommon in the region, but current temperatures are unusual for them too. It is likely the worst heatwave in Greece since the 1980s, local meteorologists said.

To not overload the electricity network, the Ministry of Energy calls on the population not to set the air conditioning below 26 degrees. Due to the extreme temperatures, Prime Minister Mitsotakis fears that around 1 pm today, the network will have to process too much, mainly due to excessive use of cooling systems.

The heatwave is causing damage not only in Greece but also in Italy and Turkey. The Turkish south coast, in particular, is suffering from severe forest fires. The advancing flames have threatened the seaside resorts of Marmaris and Bodrum, and the access roads have been blocked by the blaze. As a result, the Turkish navy has to call on civilians with pleasure yachts to evacuate the villages. Eight people have died.

The heatwave also ravages southern Italy. In the Sicilian city of Catania, the fire brigade had to turn out more than fifty times on Friday and close the airport. Several fires have been set, according to local authorities. The capital Rome has already been hit by the flames, as has the island of Sardinia.

It is unclear when the heat will subside. Some meteorologists fear the high temperatures could last up to two weeks.

Twitter Gets Help from News Agencies in the Fight Against Disinformation