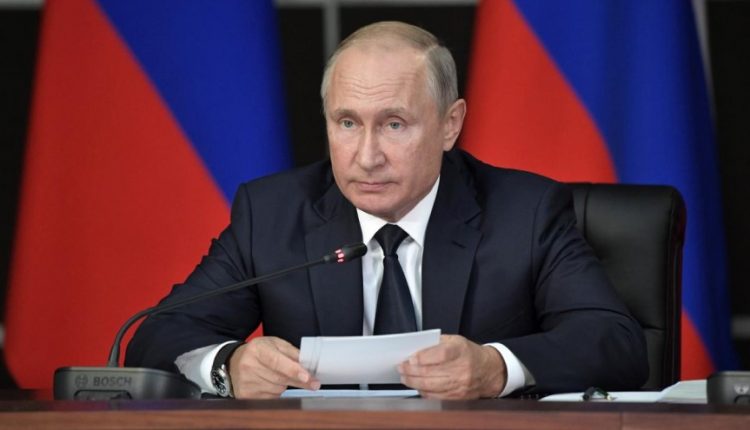 President Vladimir Putin claimed Monday that the FSB security service foiled an assassination attempt on a Russian journalist without providing evidence. According to the Russian news agency Tass, it was TV journalist Vladimir Solovyov.

“This morning, the Federal Security Service terminated the activities of a terrorist group that planned to attack and murder a famous Russian television journalist,” Putin said during a meeting with his country’s top prosecutors on Monday. The president has “irrefutable evidence” for that plot without giving it.

According to the Russian news agency Tass, authorities have arrested Russian members of a neo-Nazi group planning an attack on famous pro-Kremlin journalist Vladimir Solovyov. The far-right members are operating under orders from the Ukrainian security service SBU.

The FSB released several images of items seized from the group during the raid, including Ukrainian passports, various Nazi symbols, a portrait of Adolf Hitler and three copies of the video game The Sims 3. According to the Russian security service, the members were also planning to attack other prominent Russian state journalists, such as the head of the RT news network and the presenter Dmitry Kiselyov.

The Ukrainian security service vehemently denied the Russian allegations. The SBU said they have “no plans to kill Solovyov” in an official statement.

After an “information fiasco,” Putin claims that the West has turned to attempts to kill Russian journalists. The foiled assassination attempt, he says, is proof that the West is trying to destroy Russia from within. “The task of dividing Russian society has now clearly come to the fore, but their efforts will fail,” Putin said. According to him, Russian society has “never been so united”.