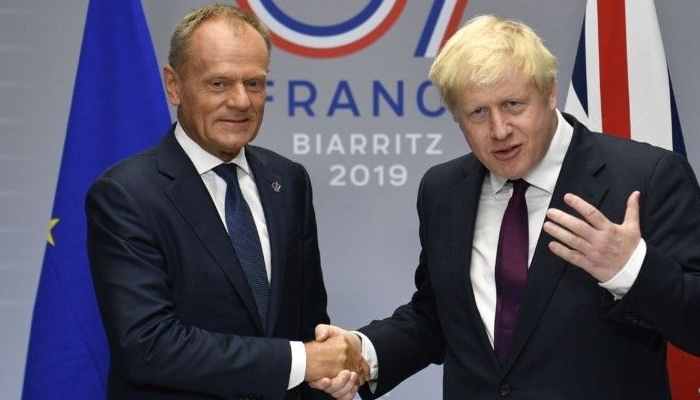 Almost A Hundred Companies To The Netherlands

The counter is now at 98. In the first eight months of this year,

almost as many companies were attracted to the UK as in the whole of 2018.

Companies fear the approaching departure of the British from the European Union and certainly a disorderly Brexit without proper agreements.

A total of 98 companies have made the switch from Great Britain to the Netherlands.

That is what the Netherlands Foreign Investment Agency (NFIA) says,

which is trying to make businesses happy to settle in the Netherlands.

325 companies are considering switching
This year 38 companies already decided to move to our country.

NFIA does not want to say how many jobs are coming to the Netherlands.

For the 60 companies that were previously known to be moving, there are 2500 jobs.

Another 325 companies are considering moving their activities to the Netherlands. At the end of last year, there were 250.

Talent and logistics
Initially, in the run-up to the first Brexit date of March 29,

it was mainly companies that would face licensing issues that made the switch, according to a spokesperson for NFIA.

According to him, it concerned, for example, media companies that were in danger of becoming confused,

as a result of which TV channels were in danger of going black.

Or financial institutions that could not offer services in the European.

In the meantime, it is mainly companies that come to us to recruit employees and logistics, says a spokesperson.

EMA
Big fish was the European Medicines Agency EMA, which moved to Amsterdam.

Many other companies are still hesitating because it is still unclear how the Brexit will take shape and what it will mean for them.

The unrest is getting bigger because of the ‘increasingly clear possibility of a no-deal’, says NFIA commissioner Jeroen Nijland.

“That is why more and more of those companies are orientating themselves on the Netherlands as a possible new base in the European market,” he says.

Renée Zellweger Went Through A Dark And Sad Period