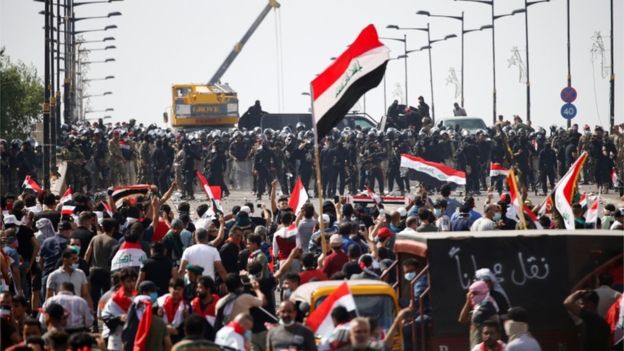 25 Dead in A Demonstration in Iraq: Bloodiest Day Since the Protest Started

Yesterday and last night 25 activists were shot dead in the Iraqi capital Baghdad. Masked men have been trying for some time to smother the people’s protest.

This is the deadliest day since the start of the social protest at the beginning of October.

The shooting broke out yesterday during a protest demonstration on Khilani Square in Baghdad, one of the bases of the social movement.

According to the emergency services, at least 25 demonstrators were shot, and 130 were injured. It is not the first time that masked men shoot at demonstrators, but it is the deadliest day since the start of the social protest on October 1.

The attackers may be members of pro-Iranian militias who are very strong in Iraq, certainly after they were needed to help defeat the Sunni terrorist group IS.

Even before yesterday’s attacks, the United States imposed sanctions against three leaders of those pro-Iranian militias in response to the violence.