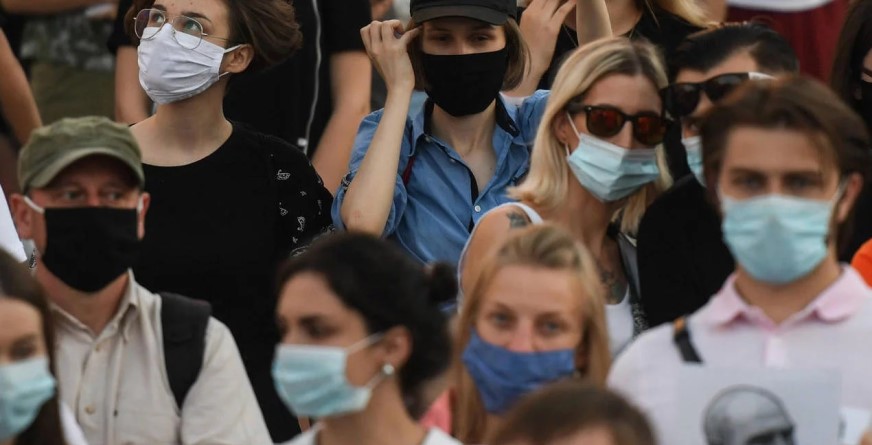 Thousands of people were at the funeral of a Belarusian protester on Friday. The man probably died after serious assault by the security services.

31-year-old Roman Bondarenko died on Thursday after he was arrested a day earlier in an opposition protest on a square in Minsk. The death of Bondarenko, an artist and former soldier, sparked outrage from the opposition, which claims President Alexander Lukashenko’s security forces are responsible.

The crowd outside the church in Minsk sang songs to honour Bondarenko. Those present brought flowers. As the coffin was carried out of the church, loud applause erupted. Thousands of people chanted “Long live Belarus”.

The Interior Ministry denies being responsible for the protester’s death. This week, a doctor was arrested who leaked a medical report on Bondarenko’s death to the press. A journalist who published the report was also arrested.

The European Union has condemned the protestor’s death. On Thursday, the EU announced new sanctions against Minsk over the oppression of the population by President Lukashenko’s regime.

Lukashenko has ruled Belarus for over a quarter of a century, but the EU does not recognize him as president now. Protests against his rule began after his election victory on August 9. According to the opposition, the polls had been fraudulent. Thousands of protesters arrested by security forces have reported torture and abuse while in custody.