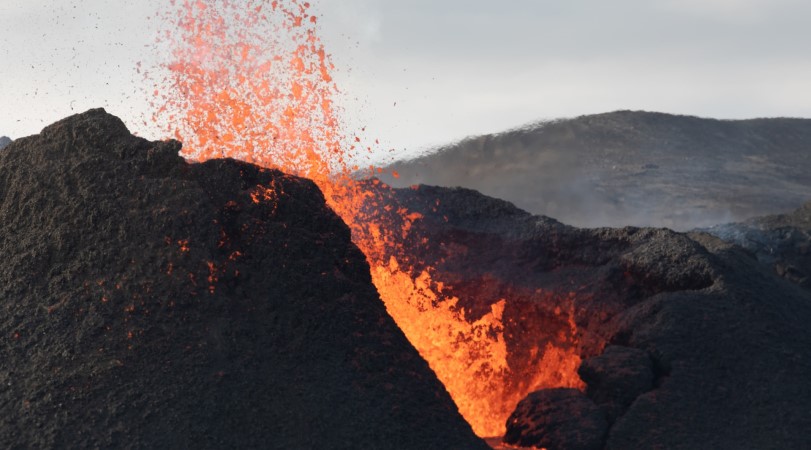 Due to this month’s volcanic eruption, the Canary Island of La Palma has expanded by about 10 hectares. The lava reached the ocean earlier this week and has solidified there.

This created a kind of peninsula about 500 meters wide, according to images released by the Spanish research institute CSIC.

The Cumbre Vieja volcano on the island off the Moroccan coast erupted on September 19. It was the first eruption in half a century. There were no casualties, but the material damage on the island was enormous. Spanish media reports that some 800 buildings have been destroyed by the lava, which has a temperature of about 1000 degrees. This mainly concerns residential houses.

The lava reached the ocean Tuesday evening. Contact between lava and seawater can also release toxic gases and initially raised concerns for the safety of people in the area. As a result, authorities ordered the approximately 300 residents of four districts to keep windows and doors closed.

For the time being, the risks for local residents appear to be not too bad. However, an expert from the Oceanographic Institute of Spain (IEO) said the high winds quickly blow vapours toward the sea.