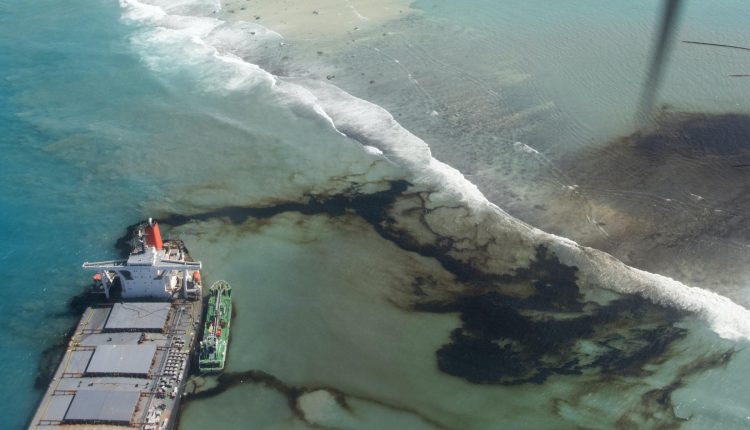 Mauritius’ plans to sink part of the stranded ship that caused a disastrous oil spill must be suspended. That said environmental organization Greenpeace on Wednesday.

“Of all the options available, the government of Mauritius chooses the worst,” said Happy Khambule of Greenpeace Africa.

“Sinking this ship would endanger biodiversity and pollute the ocean with large quantities of heavy metals, threatening other areas as well, notably the French island of La Réunion,” he added.

The government of Mauritius announced earlier this week its plan to sink part of the Wakashiho. The Japanese bulk carrier broke in two after running aground near the tourist island in the Indian Ocean.

The government said the front of the ship, which is owned by Nagashiki Shipping, would be towed into deep waters and sunk, while the rest would be removed little by little.

The ship leaked about 1,000 tons of the 4,000 tons of fuel oil is carried in the pristine coastal waters of the famous island, an area of rare flora and fauna.

The Mauritius company and government are under increasing pressure to explain why the ship sailed so dangerously close to the reef and why it took the authorities days to arrive.

North Korean Dictator Shares Power With His Sister Among Others