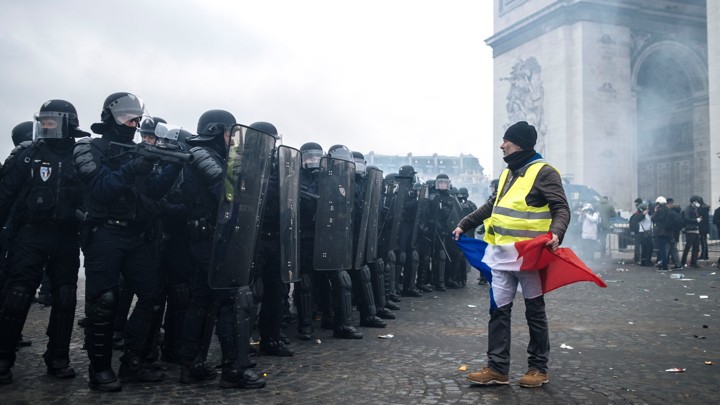 French president Emmanuel Macron wants the police to crack down on rioters on Labor Day. He believes it is necessary to tackle people who go to 1 May meetings with the sole purpose of causing chaos and violence.

That is what government spokeswoman Sibeth Ndiaye said on Tuesday after the cabinet meeting.

In Paris, the police are preparing for new disturbances. Chief Commissioner Didier Lallement has banned demonstrations in some parts of the capital, including the Champs Elysees.

The famous boulevard was recently the scene of riots caused by ‘yellow vests’. Restaurants and shops on the demonstrators’ route had to keep their doors closed.

According to French media, the authorities are expecting Wednesday the arrival of 1500 to 2000 malicious people to the capital.

Among them is a hard core of around 200 people. Traditionally, trade unions are scheduled in Paris on 1 May.

In recent years, this has regularly led to an uproar. This time, yellow vests have also announced that they will join the events.

How to Find Cheap but Appropriate Sofa Beds?

How to Choose Mother of the Bride Outfit in An Easy Way?