British Former PM May Lashes Out at Johnson: Learning to Live with Coronavirus Instead of Damaging the Economy 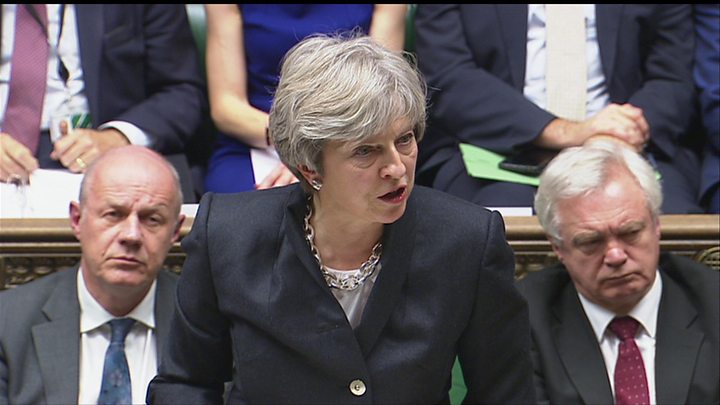 “You cannot shut down and restart parts of the economy with every new variant.” With these punitive words, British former Prime Minister Theresa May opened the attack on Boris Johnson.

In the House of Commons, she expressed her dissatisfaction with her successor, who has moved to new entry restrictions and a mask requirement in both shops and public transport for fear of the omikron variant.

According to May, her compatriots must learn to live with the coronavirus, protected by annual vaccination. She warned that what Johnson is doing now is damaging the economy, especially the tourism and travel sectors. “Companies are going under, and there are job losses.”

The United Kingdom also places more and more African countries on the red list, even though the number of omikron cases there is sometimes lower than in Western countries. So far, 336 omikron infections have been diagnosed on the island. The number is rising rapidly, but there is no indication that the infected people have become very ill. May has the support of part of the Conservative Party in her attack.

Johnson has refused to rule out new measures before Christmas because not enough is known about the new variant. The number of Britons who tested positive on Sunday was around 51,000, a limited increase compared to a week before. However, the number of hospital admissions has been falling for two weeks.

The pressure in hospitals is mainly caused by delayed care and a shortage of beds in nursing. In addition, many British people with medical complaints go straight to the emergency room because many general practitioners still work via Zoom.