Attack on US Embassy in Iraq, Trump Points to Iran 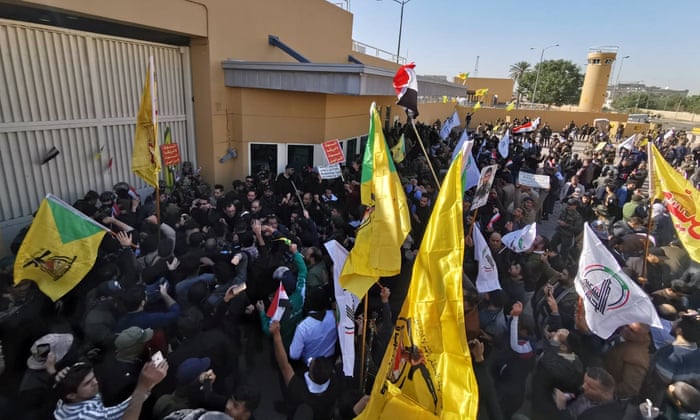 Attack on US Embassy in Iraq, Trump Points to Iran. The American president Donald Trump sees in the storming of the American embassy in Baghdad an “orchestrated attack” by Iran. The embassy was evacuated.

Hundreds of demonstrators stormed the American embassy in Baghdad on Tuesday. They thereby responded to the deadly airstrikes that the US had carried out in the country.

The US attacked the Iran-backed Kataib Hezbollah group, a Shiite militia that would be responsible for an attack that killed an American. The Iraqi army used tear gas to disperse the demonstrators.

“Iran is now conducting an orchestrated attack on the embassy in Iraq. They will be held fully responsible, “says Trump. The consequences for Iran are not clarified.

“We expect Iraq to deploy its troops to protect the embassy,” Trump tweets.